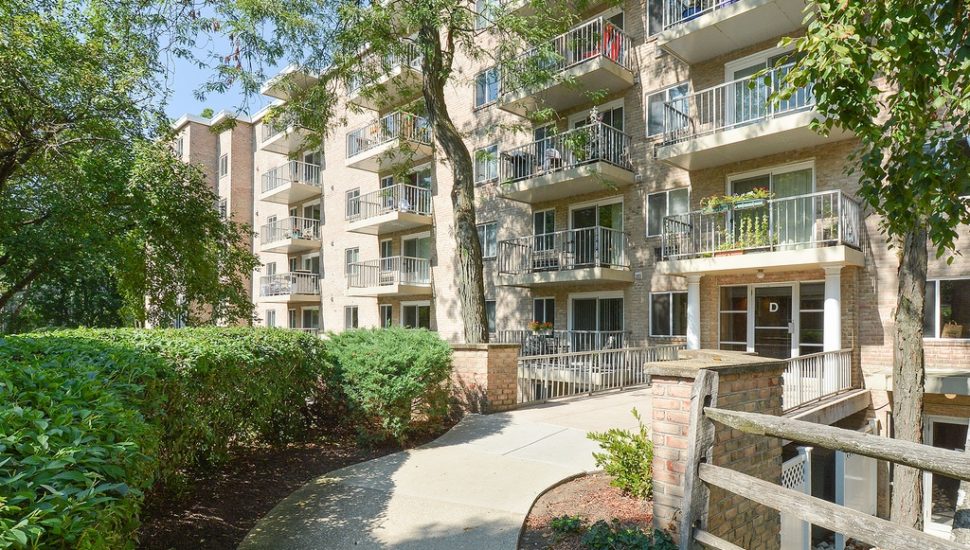 The Gulph Mills Village Apartments in King of Prussia. Photo courtesy of Zillow.

A new report from the Washington Post shatters the notion of what the government considers to be “fair market rent” for a two-bedroom apartment.

The government believes that 30 percent of a minimum-wage worker’s earnings should cover the cost of such rent. (Economists call anything more unaffordable.) However, according to updated data compiled annually by the National Low Income Housing Coalition, this is not the case, on average, in any city, in any county, in any state in America.

It doesn’t matter if you live in Bismarck or Boston, Buffalo or Birmingham.

In Montgomery County, the Fair Market Rent (FMR) for a two-bedroom apartment is $1,210. In order to afford this level of rent and utilities – without paying more than 30 percent of income on housing – a household must earn $48,400 annually.

Assuming a 40-hour work week, 52 weeks per year, this level of income translates into an hourly wage of $23.27 per hour.

At the minimum wage – $7.25 an hour in Pennsylvania – a household would to have to work 3.2 full-time jobs in order to afford a two-bedroom apartment in Montgomery County at fair market rent.

Montgomery County is tied with Delaware, Chester, and Bucks counties as the most expensive counties in the state to live in.

The numbers are staggering, considering that 27 percent of the households in Montgomery County from 2010-14 were renters.

Of course, the data addresses only a small number of scenarios. Most renters make more than the minimum wage. And many workers who do may not need two bedrooms or rely on just one income.

But the national pattern – that minimum wage can’t provide housing anywhere in America – hints not only at the difficulty of being a poor single parent. It also demonstrates that the affordable housing crunch affects renters much farther up the income spectrum, too.

“People find a way to get by despite this map,” wrote Emily Badger and Christopher Ingraham of the Washington Post.

“Families crowd into smaller, cheaper units than what they really need. Or they wind up paying far more than 30 percent of their income on housing, curbing other expenses like health care, food, and transportation.”

Click here to read more about the lack of affordable housing for minimum-wage earners in the Washington Post.

Click to see how Delaware County or Chester County faired in the wages to fair market rent analysis.