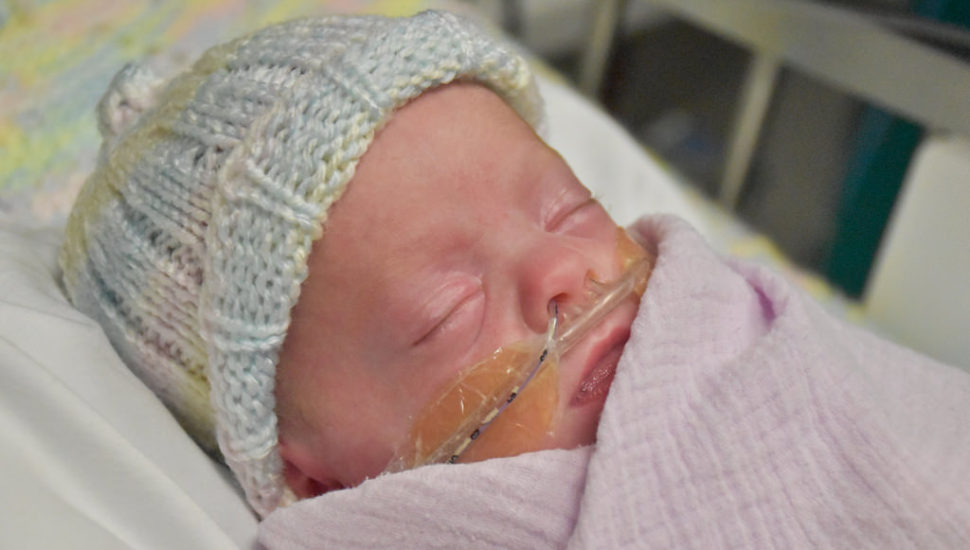 Holy Redeemer Hospital in Meadowbrook unveiled a new technology this week that allows parents, wherever they are, to keep a close eye on their newborn in the medical center’s neonatal intensive care unit, writes John George of the Philadelphia Business Journal.

The hospital has installed Angel Eye Camera Systems to its NICU beds to allow parents to watch and listen to their newborn day or night, from a mobile device or computer. Access to the camera and accompanying audio system is done through a password-protected and HIPAA-compliant web site.

Lauren Stevens and Jay Hays of Bucks County, whose daughter was in the NICU earlier this week, were the first to use the camera system.

“It’s amazing that we could see her from our home,” Stevens told the PBJ. “It was so amazing to be able to watch her without any worry. I don’t even have words for it. To be able to see her whenever we wanted was beyond anything we imagined.”

Hospital officials said getting the camera system was the idea of Kelly Gallagher, a North Wales mother of twin boys who were born eight weeks early and admitted to the medical center’s NICU. Gallagher, struggling with separation anxiety, conducted her own research to find a way to help parents with hospitalized newborns.

“I knew that the minute I stumbled upon Angel Eye Camera Systems, I had found something that offered exactly what I was looking for,” Gallagher said. Gallagher brought the idea to Holy Redeemer, and even raised $15,000 to help cover the cost of the cameras.

Cameras were installed on 15 of Holy Redeemer’s 19 NICU beds.