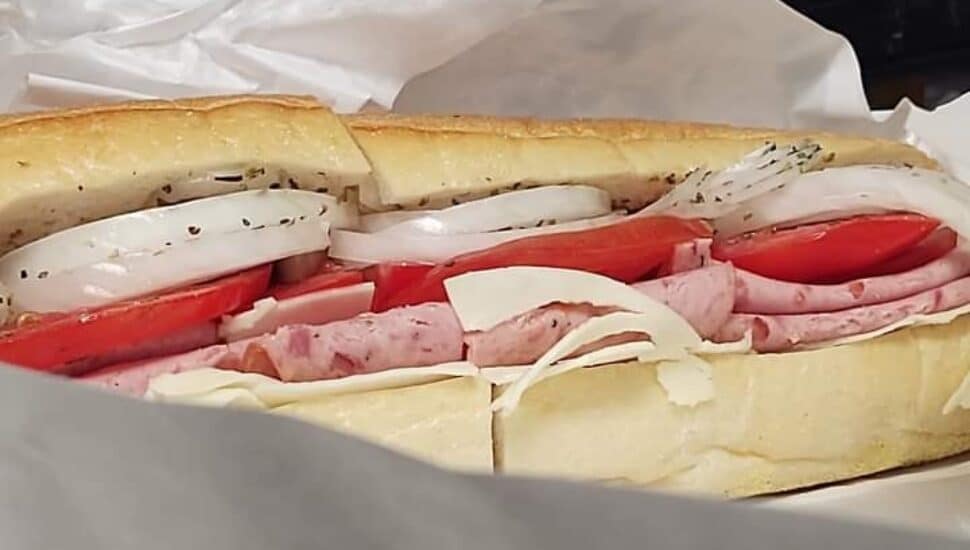 Image via Facebook
A freshly made Eve's Lunch Zep.

But Pennsylvanians excel at so many foods — cheesesteaks, scrapple, soft pretzels — it’s difficult to peg one as best. The Travel Maven may, however, have unearthed a statewide standout menu item from Eve’s Lunch, a Norristown sandwich shop.

Eve’s excels at the zep, which is something of a foodie specialty-within-a-specialty.

First and foremost, a zep is not a hoagie.

The Travel Maven correctly reported, “You cannot call yourself a true Pennsylvania native until you have tried the infamous zep sandwich at least once.”

She cites the history of Eve’s Lunch: “[It is] is a locally owned family business that got its start back in 1965. Since then, the restaurant has gone on to win several awards for its delicious zeps and steak sandwiches.”

More on Eve’s Lunch — the best lunch spot in the state according to a seasoned food reporter — and its unique zep is at the Travel Maven.

A video answer to “What is a zep?”

This Norristown Eatery Has Some of the Best Zeps in Montco