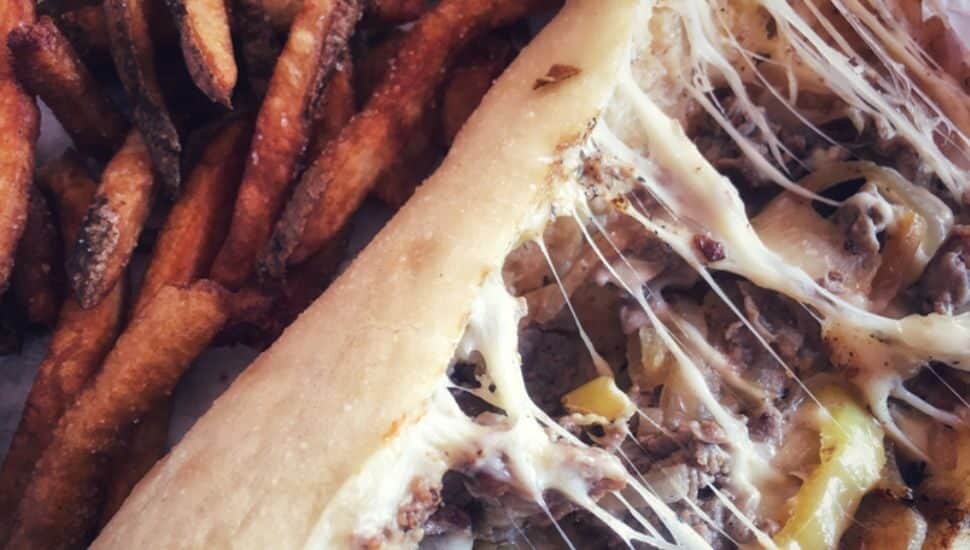 Although it may be easy to assume that the best Philly cheesesteaks require a trek to Philly itself, that’s not necessarily so. A staff item in Philly Bite Magazine found five standout cheesesteak whizzes right here in Montgomery County.

According to a FOX News report, Philadelphian Pat Olivieri, a hot dog vendor, invented the sublime sandwich in the 1930s.

The story (legend?) is that it was somewhat of an accident.

Having grilled some shaved beef, Olivieri sought somewhere quick to put it and almost absentmindedly chose a nearby split roll. A customer smelled the result and asked to buy the sandwich.

Olivieri soon had hoards of fans lined up.

Cheese became part of the mix in the 1940s (the specific genius who added it is often disputed), by which time Olivieri was running Pat’s King of Steaks in South Philadelphia.

Here in Montgomery County, cheesesteak excellence can be found at: