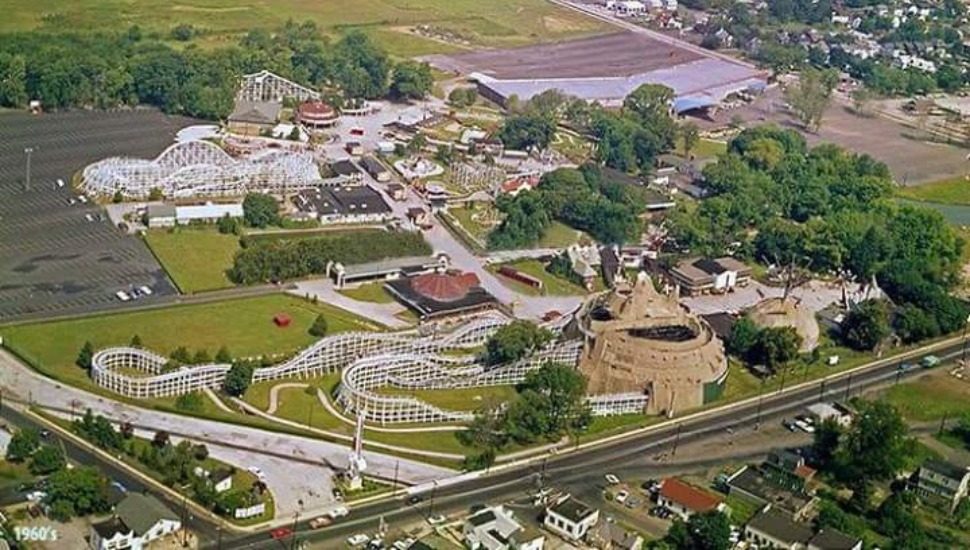 Looming on the calendrical horizon is 2022’s holiday shopping season, sure to kick off before the last packet of M&M’s is scarfed down from the Halloween stash. If gift-buying season in Montgomery County feels like one giant Nov.–Dec. amusement park ride, that sense may be wholly fitting at Willow Grove Mall.

The space that Willow Grove Mall occupies was once a destination for thrill seekers big and small, as reported by Alonzo Kittrels for The Philadelphia Tribune.

Willow Grove Park, which opened in 1895 and closed in 1972, was seen as more upscale than Phila.’s Woodside Amusement Park, projecting a more middle-class image. There was no entrance fee, but tickets were sold for rides.

And while there were many attractions that could also be found at other entertainment meccas, Willow Grove Amusement Park had several unique rides.

The Toboggan was one of its biggest attractions, along with several lakes that were used for boating.

There was also the Rocket Ship ride for the younger park-goers and the Wild Mouse, a two-passenger roller coaster. Many locals fondly reminisce over the Alps ride.

The Scenic roller coaster, the Tunnel of Love, and the Merry-Go-Round also drew a lot of attention. Braver visitors never missed the Thunderbolt, the park’s roller coaster.

For some quiet time to recover, the park also had a restive picnic area.

Read more about Willow Grove Park and its leisure-time history in The Philadelphia Tribune.

This vintage documentary perfectly captures the history and appeal of Willow Grove Park in its heyday.

National Roller Coaster Day Has Blurred By, But Hatfield’s Link to the Thrill Ride Is Always Present