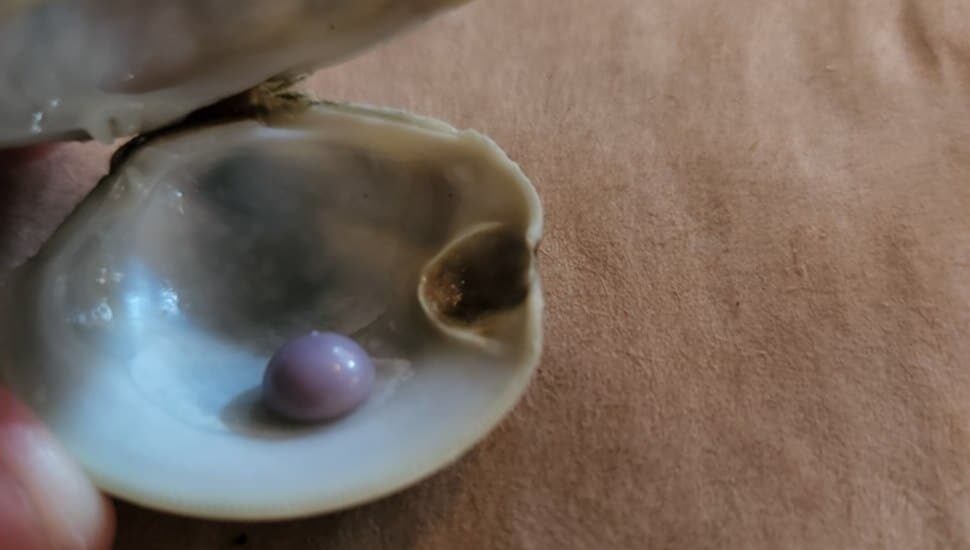 Scott Overland, the Board Vice President for the Phoenixville Area School District, lucked into finding one of the rarest purple pearls in his clam appetizer, writes Michael Tanenbaum for PhillyVoice.

Overland was dining with his wife in August, when they made the incredible find. The discovery was so unusual that it drew a wave of press for the couple. However, the main question that remained was how much the pearl was worth, so they set out to find out.

They did some Googling and found that it could range anywhere from a few thousand dollars to as much as $16,000.

After having the pearl authenticated by the Gemological Institute of America, the Overlands had it appraised by Philadelphia Jewelry Appraisers and were told that it is worth $4,071.

“It’s a pretty rare thing to have in this world, and they’re super lucky that they found it and didn’t swallow it, or break it with their teeth,” said Josh Hyman of Philadelphia Jewelry Appraisers. “This one is attractive. It’s a decent shape. It’s a really cool piece.”

Read more about the rare find at PhillyVoice.

Bubble Tea Shops Pop Up Around Montco, Here Are Four Places to Visit

Shopping for Sparkle in Montgomery County