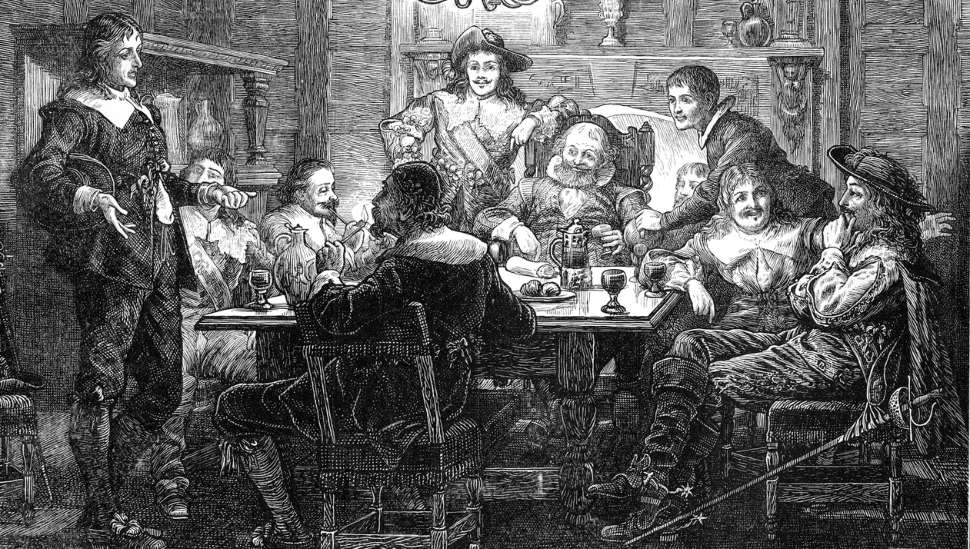 Image via iStock.
Some Montgomery County eating-drinking establishments go back more than 250 years.

Montgomery County is home to two of the oldest bars in the nation still operating. Erin Elizabeth covered the distinction in her historic ranking for Restaurant Clicks.

The online publication identified 19 eating, drinking, and overnight stops distinguished nationally for longevity. Understandably, most are nested in what were the original 13 colonies.

The oldest U.S. bar still welcoming regulars and first timers is the White Horse Tavern in Newport, R.I. It’s been embracing weary, thirsty, and hungry travelers since 1673. Originally a residence, it evolved into a tavern.

The Restaurant Clicks info on it stated that the property formerly operated as a lodge called the White House. And that General George Washington was a frequent visitor.

Now, it offers an extensive menu and an award-winning brunch.

No. 12 on the list shares the Blue Bell Inn’s 1743 debut date, perhaps ranked two spots lower because of a number of months separating the two establishments’ openings.

It is Brittingham’s in Lafayette Hill.

Brittingham’s evolution over the centuries has seen it serve as a tavern, inn, dance hall, pub, and restaurant. In the 1800s, it operated as a stop on the Underground Railroad.

The full list of the oldest bars and taverns in the U.S. is served up at Restaurant Clicks.