Congress to Campus Brings US Reps to Valley Forge Schools 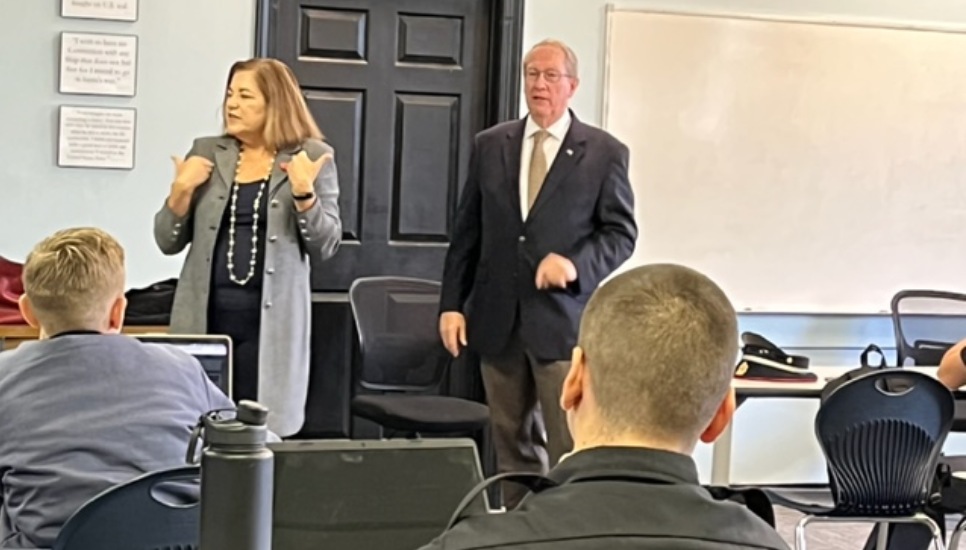 At the College level, they discussed Constitutional Law/Introduction to Political Science, how the congressional process works, congressional rules, and described what a day in the life of a congressman is like.

With many Cadets expected to serve in the US Army or National Guard, they also discussed military history, making of military policy, and military oversight in Congress.

At the Academy, they discussed American Government, what Congress does, its roles and responsibilities, and personal stories of congressional elections and service.

The Congress to Campus program is done in collaboration with the Association of Former Members of Congress, a bipartisan, nonprofit, voluntary alliance of former United States Senators and Representatives which seeks to deepen the understanding of the democratic system, domestically and internationally, and to engage the citizenry through civic education about Congress and public service.

Valley Forge Military College is a private two-year college committed to equipping young men and women to boldly face the challenges of life.

Find out more about Valley Forge Military Academy and College.