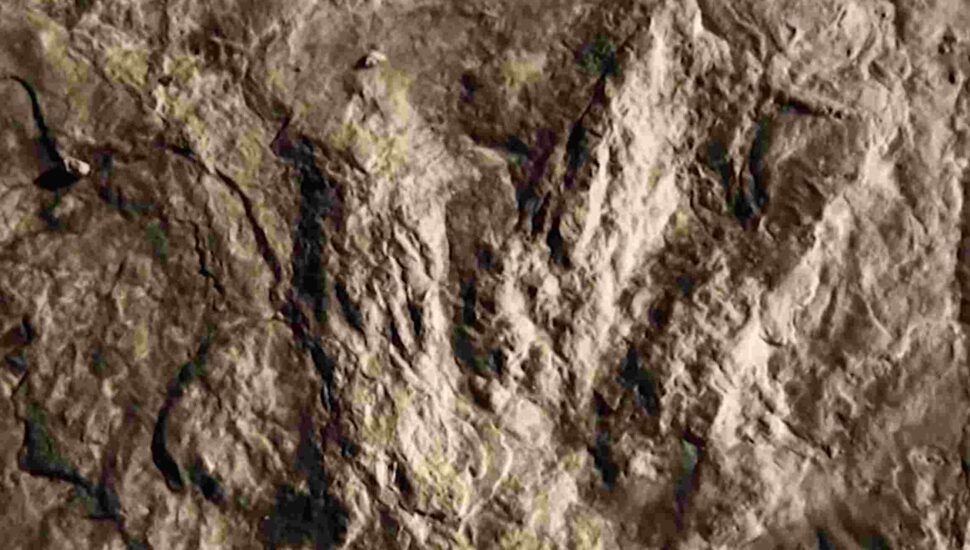 Image via the Daily Mail at YouTube.
Dinosaur footprint found in rocks onsite at Valley Forge National Historical Park in 2017.

Of the remnants of the past that have been unearthed throughout Montgomery County, most residents are understandably familiar with those from the American Revolution. But as Stacker discovered in its state-by-state search for dinosaur fossils, the local turf holds treasures much older than that.

In compiling a list of what creatures left markers in which areas of the U.S., Stacker consulted the Paleobiology Database (PBDB). This online resource is a repository of fossil records from global research institutions.

It sifted entries for signs of dinosaurs and used that data (acknowledging that the reports represent only a sample of the evidence) to rank the states in which they were found.

Pennsylvania earned a PBDB score of 40, reflecting the number of recorded fossils.

Most of these are of the genus Grallator, meaning they are preserved footprints from a variety of three-toed dinosaurs from the Early Triassic Period (252 million years ago; followed by the much-more-cinematic Jurassic timeframe).

Not all the PBDB entries are long-ago discoveries by magnifying-glass-carrying scientists. In 2017, Tom Stack, a Valley Forge volunteer found Triassic-era tracks embedded in 210-million-year-old rocks at the national historical park. Their specific location onsite has been kept from the public as a protective measure.

The top state for fossils is Calif. with its 1,988 PBDB score.

More on the PBDB and its findings are at Stacker.

50 Years Ago, Thomas Gavin Stole a Flintlock Rifle from Valley Forge Park; Now Will Spend One Day in Jail