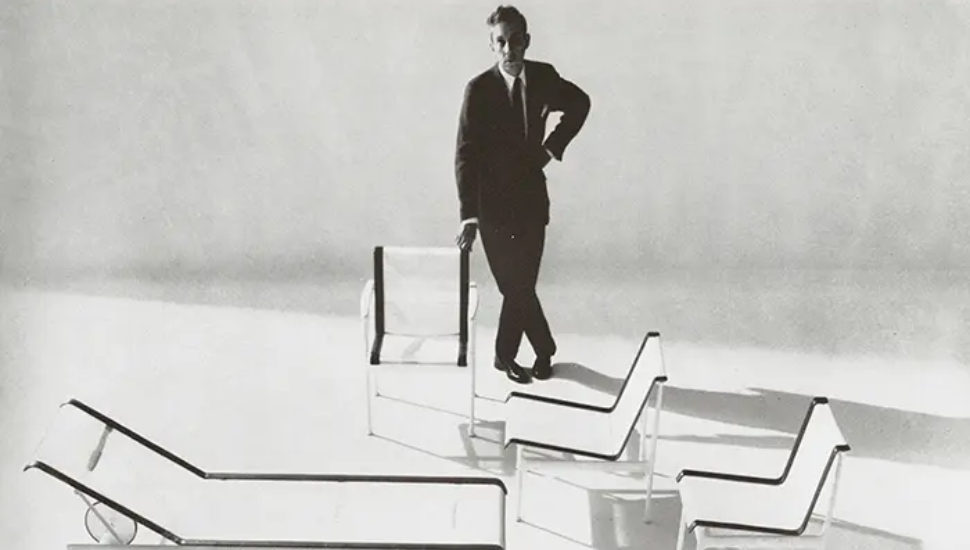 His most enduring design is a sleek mesh and aluminum chaise with a pair of wheels.

He created the chair after his boss, Florence Knoll, had brought several metal chairs created by the sculptor Harry Bertoia to her house in Florida. Her chairs had rusted out, so she asked Schultz to make something that would be able to withstand the elements.

Until then, most outdoor furniture looked like it came from the previous centuries, “with stamped-out metal, bunches of flowers, and leaves,” Schultz wrote in “Form Follows Technique: A Design Manifesto.”

He was determined to make outdoor pieces that had no extraneous curves. When the chair from the Leisure Collection came on the market in 1966, it became an instant hit.

The chair that modernized outdoor furniture became so popular that the Museum of Modern Art included its sleek prototype in its permanent collection.

More than five decades on, it is still in production.

Read more about Richard Schultz in The New York Times.

Mr. Schultz talks about how he came to be a part of the Knoll furniture company.