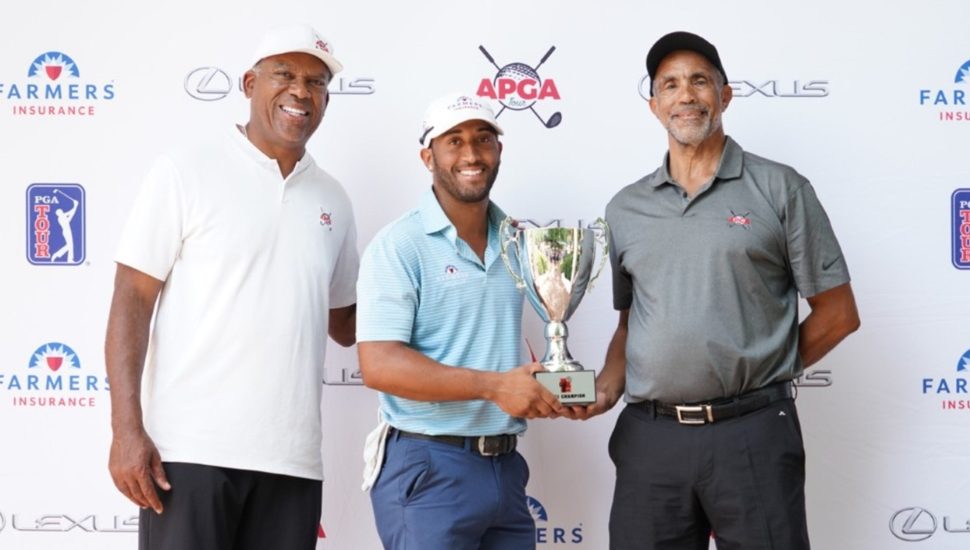 PGA TOUR, which has pledged $100 million to support racial equity and inclusion efforts in golf, has strengthened its commitment to the APGA Tour, which will be swinging by Montgomery County this week, writes Cameron Morfit for PGATOUR.com.

The APGA was established in 2010 to increase the number of opportunities for Black players and other minorities who want to make a career in golf. It has recently completed a landmark season that saw a record $350,000 awarded in prize money at 13 events.

The alliance has already benefited many players, including providing former A&M MVP Rovonta Young with his first professional victory at the APGA Tour event.

Meanwhile, the inaugural APGA Collegiate Ranking, which is a joint initiative from the PGA TOUR and APGA Tour, helped a number of Black golfers go from college to the pro ranks.

Tour invites were sent out to the top five African Americans from Division I, II, and III programs, HBCUs included.

The recipients of the invitations are also eligible for scholarships as well as entry into KFT Q school pre-qualifying.

The Tour comes to the northeastern United States for the first time as part of the Valley Forge Tourism & Convention Board’s (VFTCB) Montco Golf initiative to promote the sport in Montgomery County.

The golf Tour has grown dramatically over the past 18 months in conjunction with support from the PGA TOUR, Farmers Insurance, and event sponsors including VFTCB.

The APGA Tour has become a force in driving greater diversity in the sport of golf.

Read more about the Tour at PGATOUR.com.

At Farmers, we are proud to sponsor the APGA Tour and support growing diversity in the game we love.