Delta Variant Driving Up Vaccinations in Montco and Across PA 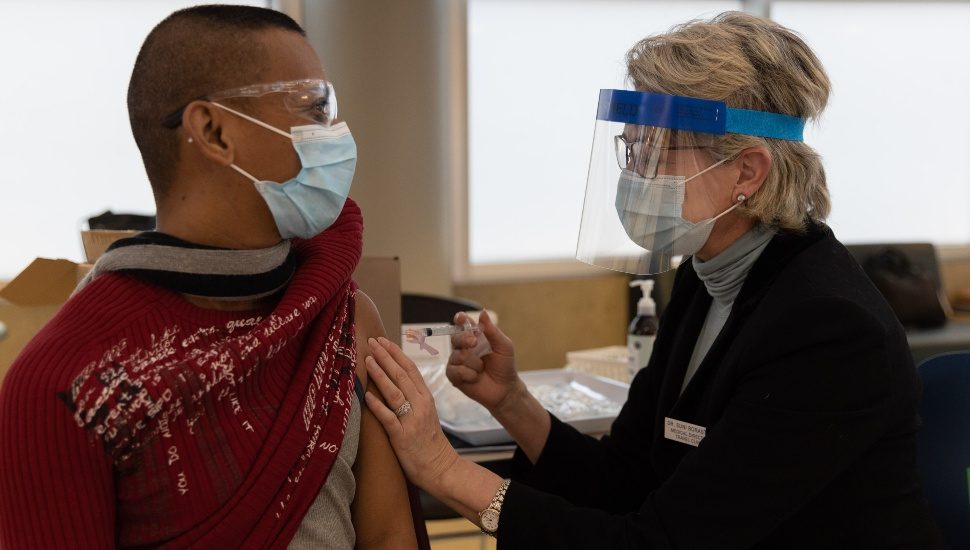 Following weeks of stagnation, vaccinations are again rising in Montgomery County, as well as Pennsylvania and every other state after an extended rise in COVID-19 cases, hospitalizations, and deaths in the past two months, write Lazaro Gamio and Amy Schoenfeld Walker for The New York Times.

According to public health officials throughout the nation, residents have been driven to get their first shots by worries that the more transmissible and deadlier Delta variant could make them or somebody in their family sick.

Pennsylvania saw an increase of new weekly cases from the week of June 6 to the week of August 14 of 484 percent.

The number of weekly first doses of the COVID-19 vaccine dropped by 28 percent during that same period but has since increased week over week.

Additionally, overall in that period, the Keystone State recorded an increase in the share of the vaccinated population of nine percent, from 59 to 68.

The bulk of those who are getting vaccinated are working-age residents.

It is expected that vaccination rates will continue to increase, especially now the Food and Drug Administration has fully approved the Pfizer vaccine.

Read more about the increase in vaccinations in The New York Times.

After 8 Months on Ventilator, 66-Year-Old Woman Leaves AristaCare in Plymouth Meeting for Home