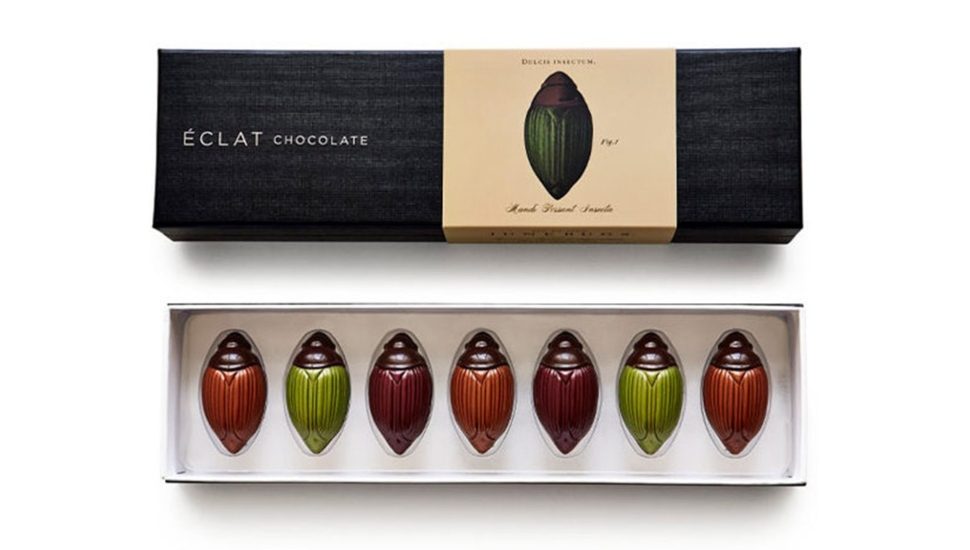 Christopher Curtin, the owner of Éclat Chocolate in West Chester, has updated his line of chocolate June bugs and succeeded in making them even more delicious than before, writes Florence Fabricant for The New York Times.

The master chocolatier who honed his skills in some of the best chocolate houses of Belgium, Switzerland, France, Germany, and Japan makes his popular June bugs every year.

For this year, he has fine-tuned his design and changed the colors and fillings, making the tasty treats as gorgeous as the gilded ones that first delighted the Pharaohs centuries ago.

The chocolates are more than two inches long – the actual size June bugs can reach – and they come with flavored, creamy centers.

The new tastes combine fruit and spices in a way designed to fully engage your taste buds and include Apple & Smoked Cinnamon, Black Cherry & Vanilla, and Lemon & Mint. Each June bug also has a layer of pâte de fruits.

Read more about Éclat Chocolate in The New York Times.

Road Trip: Montgomery County Has One of the Tastiest Small-Scale Dairies and Creameries in PA

‘Living in Art,’ Couple Says of Their Historic Home