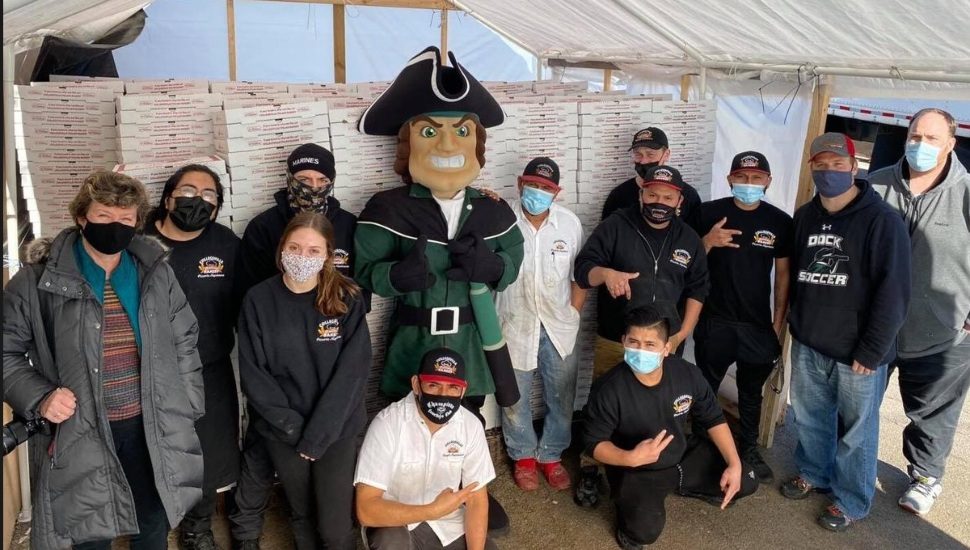 Images via The Times Herald.

The Christian private school operates two locations, a Souderton elementary school and Lansdale high school, used to organize hoagie fundraisers to raise money for scholarships, among other things. But with the pandemic, the school did not have volunteers to make the hoagies.

“Then someone told me about what Steve and Collegeville Bakery does, so I gave him a call and he asked me how many pizzas we thought we could sell,” said the school’s director of marketing Kathy Gordon. “I had no idea but we said we’d put it out there and see how it goes.”

With the pizza kits becoming an instant hit, the fundraiser went better than anybody expected.

The kits include a fresh pizza dough ball, sauce, mozzarella cheese, and flour, along with instructions.

The kit sells for $15 and they make $5 on every kit for the school,” said Steve Carcarey, who owns Collegeville Italian Bakery with his wife, Patrizia.

Read more about the partnership at the Times Herald by clicking here.