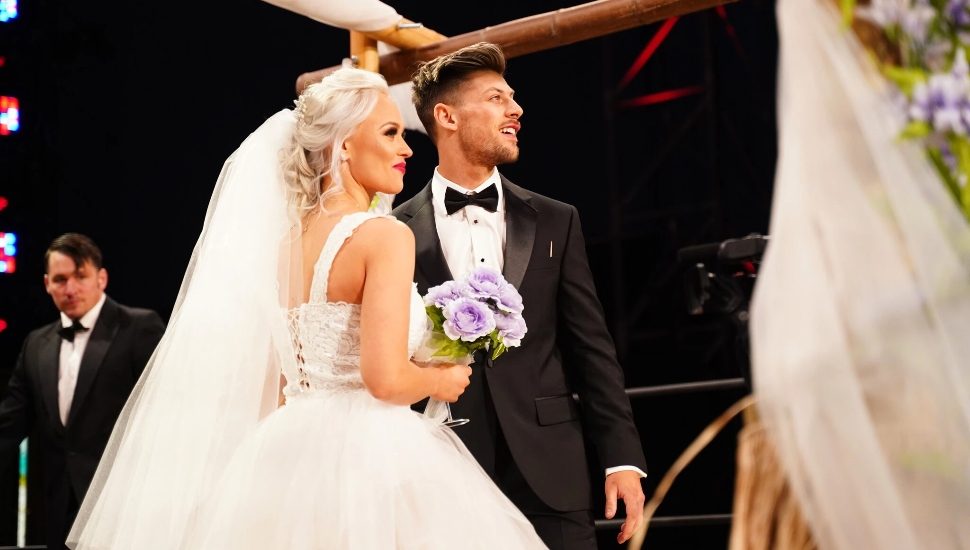 Before organizing a gonzo wedding for their fans, pro wrestlers Penelope Ford and Kip Sabian declared their love and tied the knot in a much more intimate ceremony for their family in Pottstown, writes Tammy La Gorce for The New York Times.

The pair well known in wrestling circles from TNT’s All Elite Wrestling: Dynamite was not too surprised when their wedding on February 3 in the arena turned into a spectacle after a “bad guy” jumped out of the cake. They even took it in their stride when the groom got hit with a champagne bucket in the melee that followed.

“Whenever you walk out there, it’s game on,” said Sabian. “You can never be sure what’s going to happen.”

That is why they chose to marry legally a few days prior with just their family present. On February 1, the couple said their “I dos” in Pottstown in front of Judge Edward Kropp in a short, socially-distanced ceremony.

The bride’s family was there in person while the groom’s family watched online from England. The bride is a 2011 graduate of Spring-Ford High School in Royersford.

Read more about the two weddings at The New York Times by clicking here.

SportsPennsylvania Ranks Near Top of List of Best States for Adventure SeekersJanuary 24, 2021

HealthcareStill No Decision on Fate of Pottstown Hospital in Montgomery CountyFebruary 6, 2021