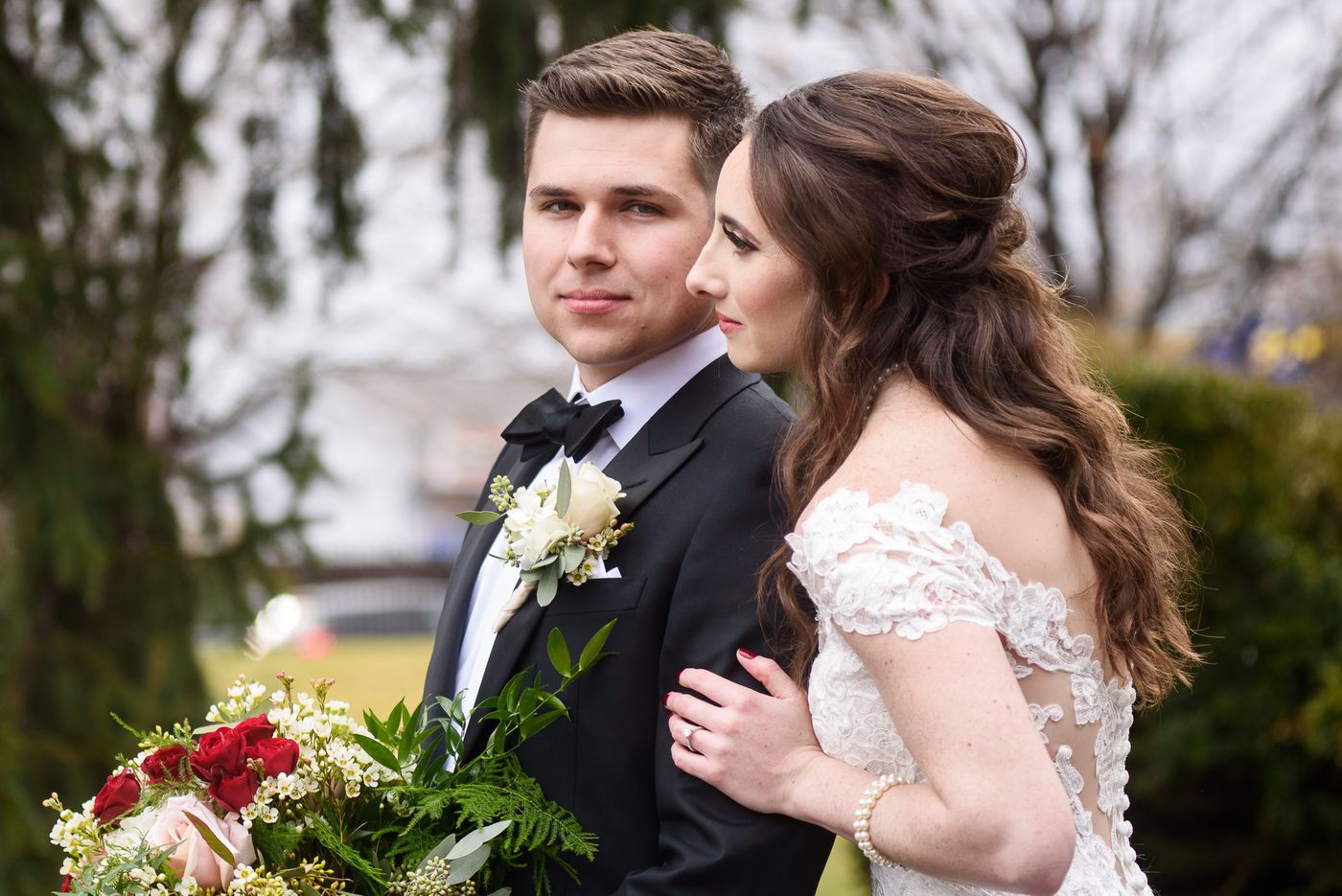 Rachel McLaughlin and Eric Most tied the knot to the instrumental versions of themes from Broadway musicals they have seen together. Image via REBECCA BARGER PHOTOGRAPHY and The Philadelphia Inquirer.

Seven years after they first met, Rachel McLaughlin and Eric Most tied the knot to the instrumental versions of themes from Broadway musicals they have seen together, writes Kellie Patrick Gates for The Philadelphia Inquirer.

The pair met while they were both studying at Drexel University at a party hosted by Most’s roommate.

“We hit it off, just immediately,” said Most, a software developer for Susquehanna International Group in Bala Cynwyd.

McLaughlin, a pediatric oncology nurse at Children’s Hospital of Philadelphia, was impressed by his listening skills. He was taken in by her kindness.

The pair soon began dating and after graduation, they both decided to stay in Philadelphia. Then four years ago, they moved into their Center City apartment. Most popped the question last July on a small fishing boat in the middle of a lake.

The pair married in January in an interfaith ceremony at the Knowlton Mansion. McLaughlin walked down the aisle flanked by her parents to the sounds of “All I Ask of You” from Phantom of the Opera.

The newly married couple took off after the reception for their Costa Rica honeymoon.

Read more about Rachel McLaughlin and Eric Most at The Philadelphia Inquirer by clicking here.