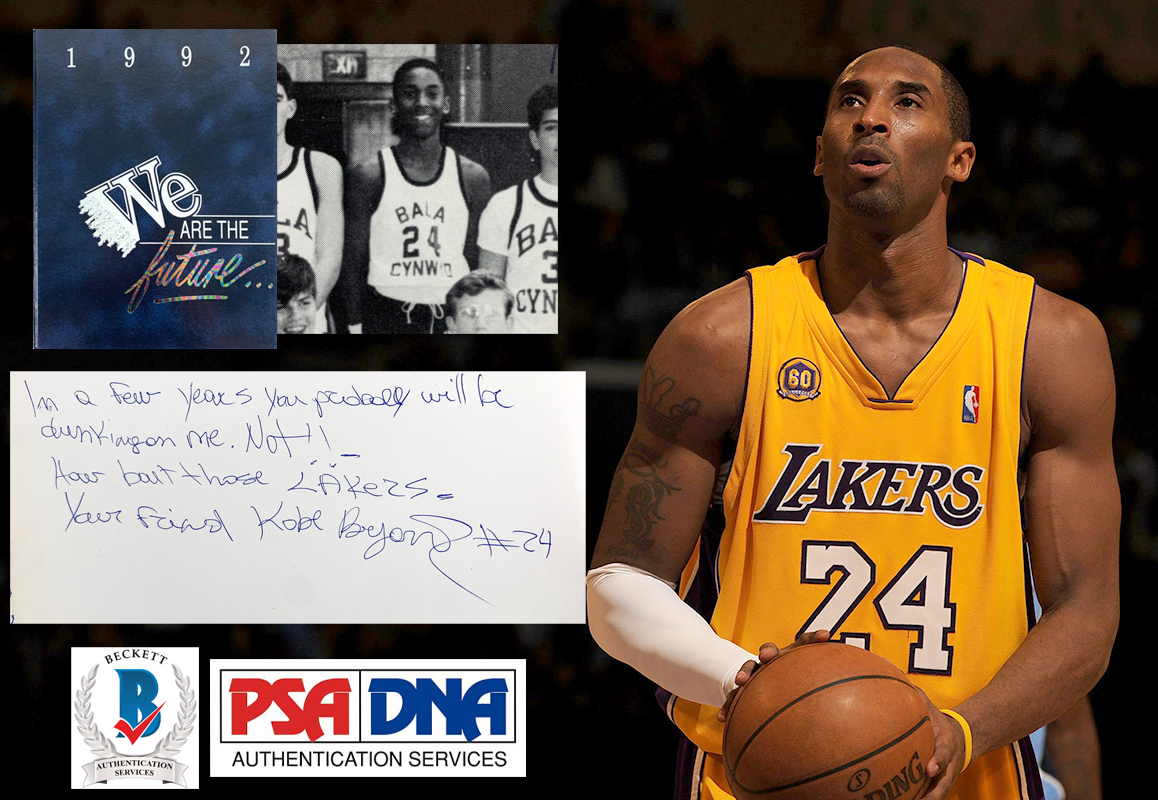 The Kobe Bryant signed and inscribed Bala Cynwyd Middle School yearbook with an L.A. Lakers reference that was put up for auction managed to fetch a whopping $30,326, writes John Moriello for the Sports Casting.

The yearbook was put up for bids by Iconic Auctions in Scottsville, Arizona in its most recent monthly sale with the minimum bid set at $2,500.

As Bryant enrolled midway through the school year, the yearbook does not have a picture of the NBA legend who died in a tragic helicopter crash in January.

However, he made an impression with what he wrote in the book that belonged to a friend named Marc regarding his own future.

Bryant signed the book and wrote: “In a few years you will probably be dunking on me. Not!! How about those Lakers – Your friend, Kobe Bryant #24”

Only four years later, the Charlotte Hornets selected Bryant 13th overall out of Lower Merion High School and then traded him to the Los Angeles Lakers, thus giving the yearbook scrawl special significance.

The yearbook’s original owner sold it 16 years ago to a collector.

Read more about Kobe Bryant at the Sports Casting by clicking here.