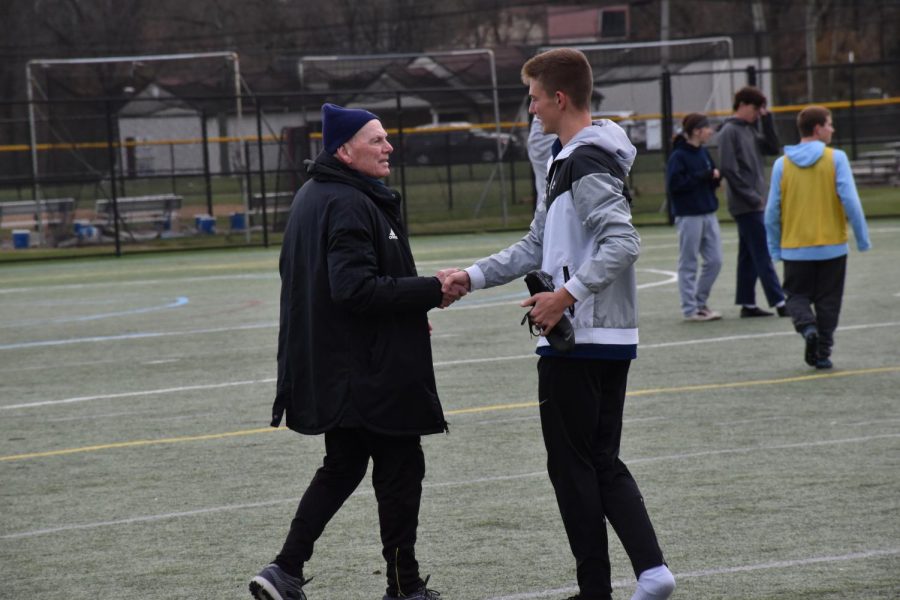 North Penn boys soccer coach Paul Duddy, who led the team to their first ever state championship, has won the Pennsylvania Coach of the Year award for 2019. Image via Knight Crier.

The Pennsylvania Soccer Coaches Association gives out the W. Gene Davis Memorial Award annually to one coach for each high school classification. The award for the AAAA male category for this year went to Duddy.

“It’s so enjoyable,“ said Duddy. “We have such good young guys here that just being around them day in and day out is pretty cool. I think they keep me young.”

He was also quick to credit the players and coaching staff including Chris DePeppe, Pete Phiambolis, and Jesse Scheetz for helping the team achieve the success it had earned in the last year.

After leading the squad for two decades, this fall Duddy managed to lead them to their first-ever state championship. This capped off a stunning, four-year, record-breaking run for the school.

Duddy will be presented with the award in January at a reception in Harrisburg.

Read more about Paul Duddy at the Patch by clicking here.