VFTCB’s Monty the Fox Now Has Its Own Plushie 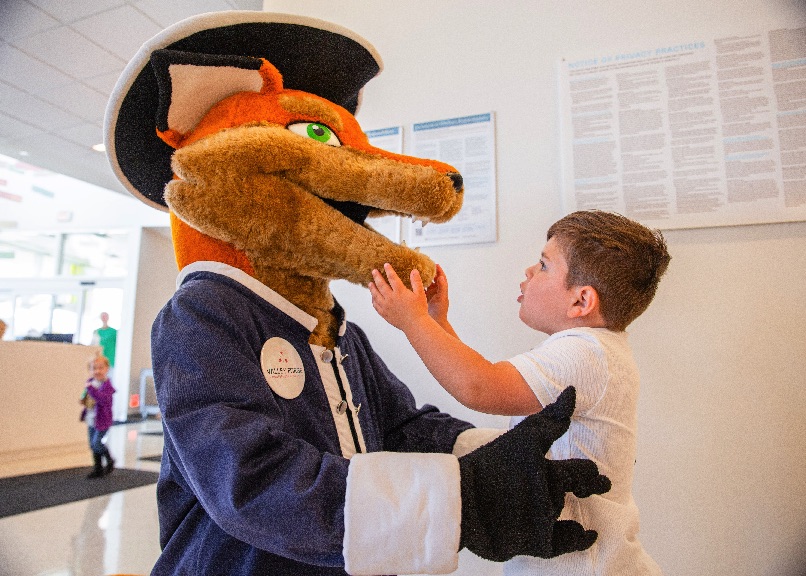 The Valley Forge Tourism & Convention Board has introduced a plush figure of its official mascot, Monty the Fox, at CHOP Specialty Care & Surgery Center in King of Prussia. Image via VFTCB.

Monty the Fox, the Valley Forge Tourism & Convention Board’s official mascot, now has its own plushie. 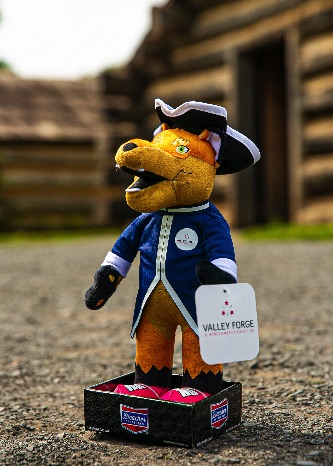 The board has introduced the brand-new plush figure at the Children’s Hospital of Philadelphia Specialty Care & Surgery Center in King of Prussia.

As part of the October 11 launch, 500 figures were handed out to patients and family members.

The plushie is the next step in the story of the official mascot, which originally debuted in May 2017 at the board’s annual Montco Golf Classic and Travel Rally Day celebration at Philadelphia Cricket Club.

Over the following months, Monty’s popularity in Montgomery County continued to grow as he appeared alongside some of the biggest names in the Philadelphia world of mascots, including the Phillie Phanatic and Gritty.

For the Monty plush figure, the board has partnered with Bleacher Creatures. The Plymouth Meeting-based plush figure design company is known for its plushies of popular athletes, mascots, and even political figures.

“The new Monty the Fox plush gives us an opportunity to form stronger connections with kids and helps build word of mouth awareness for our brand,” said Edward Harris, the VFTCB’s Chief Marketing Officer.