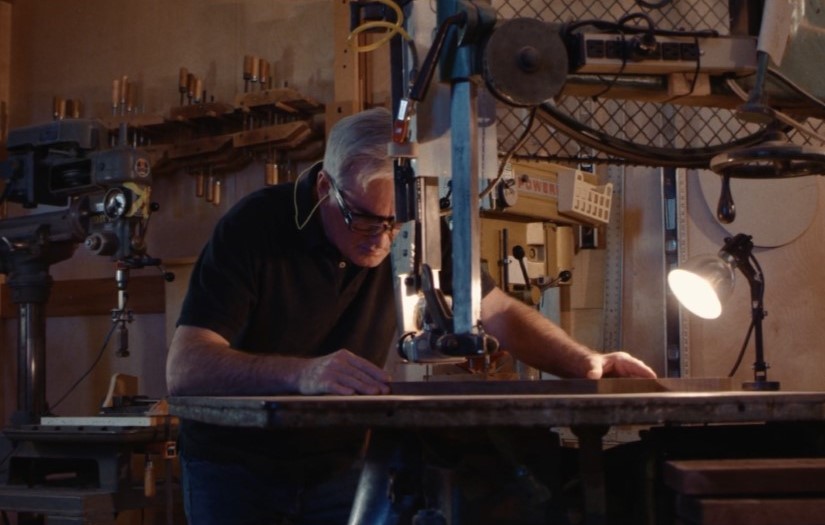 Stylish dinnerware made by Phoenixville resident John Luttman has made its way into the kitchens of some of Philadelphia’s fanciest establishments, writes Allison Steele for The Philadelphia Inquirer.

Pieces from Luttman’s company, Artifaqt, are used by Jean-Georges Philadelphia, the restaurant in the new Four Seasons hotel in Center City. Meanwhile, Alimentari, a café opened this summer by Di Bruno Bros. in its Rittenhouse Square store, uses cheese and charcuterie towers made by Luttman.

Luttman is a sculptor, woodworker, and industrial designer. For a long time, he has been making bowls, cheese boards, serving platters, and other items for several famous chefs, including Jose Garces and Éric Ripert.

One of his most popular designs is a wood and aluminum tower that can be used for charcuterie or cheese. His “chef’s collection” also includes metal platters with seaweed patterns and chopstick rests in the shape of octopus tentacles.

His inventory also includes more practical items, such as serving boards and platters, all ideal as gifts for food enthusiasts.

Before he started creating fancy dinnerware for a living, Luttman worked for Disney. There, he designed tiki-inspired lamps and restaurant décor.

Read more about John Luttman in The Philadelphia Inquirer here.