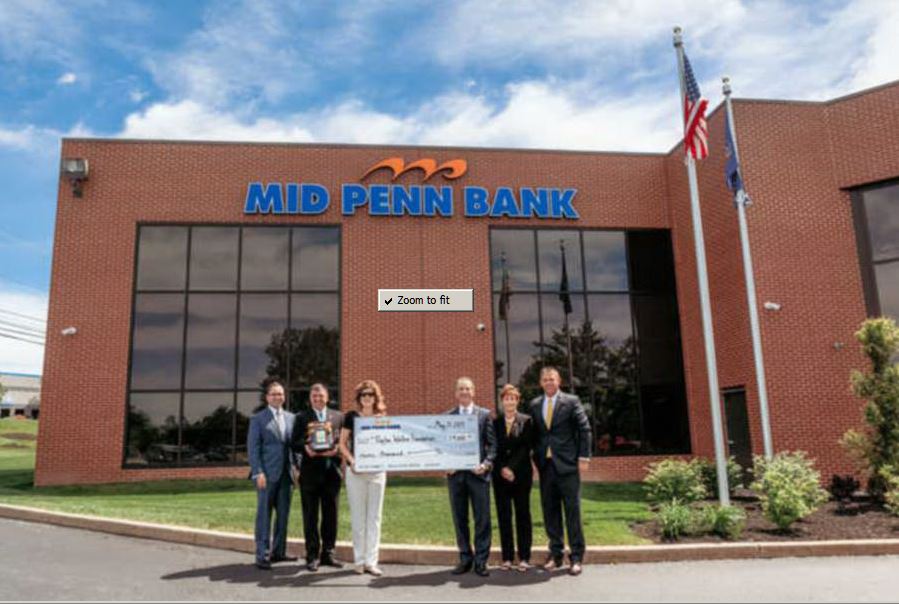 Mid Penn Bank has joined with the Peyton Walker Foundation in its goal of combating Sudden Cardiac Arrest (SCA) — one of the leading causes of death among Americans.
As part of its commitment to the foundation, Mid Penn has launched a new initiative to train and certify its employees in Cardiopulmonary Resuscitation (CPR), the use of Automated External Defibrillators (AEDs) and First Aid. The program is expected to launch this month, according to a press release.
“We care about the health and wellness of our employees, our customers and families in the communities we serve,” Rory G. Ritrievi, president and CEO, Mid Penn Bank, said in the release. “By training and certifying our employees in CPR, the use of AEDs and other First Aid techniques, we know we can save lives. We are proud to partner with The Peyton Walker Foundation which has a proven record of success in empowering students, parents, schools and organizations with the knowledge and training necessary to make a difference during a cardiac incident.”

Mid Penn employees in February designated the Peyton Walker Foundation as the beneficiary of its charitable Dress Down Day fundraiser. In May, Mid Penn presented Julie Walker, founder and executive director of the foundation with a donation of $9,000. The donation also included the bank’s sponsorship of the foundation’s PSFCA Big 33 Heart Screenings.
“With this investment, Mid Penn Bank demonstrates its commitment to the health of its employees, customers and the greater community throughout Central Pennsylvania,” Walker, said in the release. “Survivability rates increase exponentially with access and use of an AED, hands-on CPR, by calling 9-1-1 and getting to a hospital immediately when SCA occurs. We know Mid Penn’s efforts will save lives. We thank them for their partnership in this mission and for the wonderful example of groundbreaking leadership and service they provide to other companies and organizations.”
The Peyton Walker Foundation was established in honor of 19-year-old Peyton Walker, a Mechanicsburg native who passed away from Sudden Cardiac Arrest in 2013, when she was a college sophomore. Its mission is to increase awareness and survival rates of Sudden Cardiac Arrest through education, screening and training.
More than 600,000 Americans die each year from Sudden Cardiac Arrest. It is the No. 1 killer of student athletes in the U.S. according to the foundation, and the leading cause of death on school campuses. The agency adds that most heart conditions that lead to Sudden Cardiac Arrest are detectable and treatable.
Since its inception, the Peyton Walker Foundation has screened approximately 2,500 students leading to potential life-saving medical attention in several cases. For more information visit peytonwalker.org.
Mid Penn Bank has 38 retail locations in Berks, Bucks, Chester, Cumberland, Dauphin, Fayette, Lancaster, Luzerne, Montgomery, Northumberland, Schuylkill and Westmoreland counties. For more information visit www.midpennbank.com.