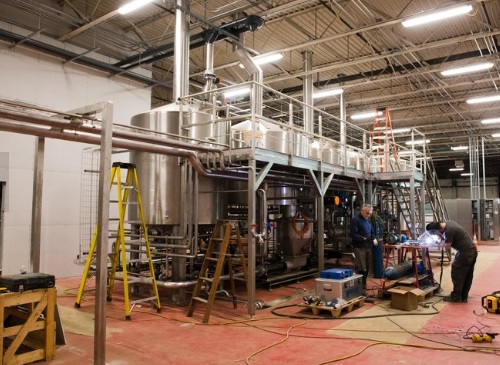 King of Prussia’s first and only brewery, the Workhorse Brewing Co., will open its doors on Friday, Sept. 14.

The new brewery and taproom, located at 250 King Manor Drive, is a grand undertaking, with a 5,000-square-foot tasting room; 3a 0-barrel system; a retail area; and 1,20 square feet for private event space, writes Kenneth Hilario at bizjournals.com.

Production of beer began in late July.  Workhouse will have 24 draft lines, at least 12 of which will be online when the taproom opens.