In his new role, Mr. Fair will be managing the business operations, membership development and member services at the upscale private club located on Boehms Church Road in Blue Bell, according to a press release. 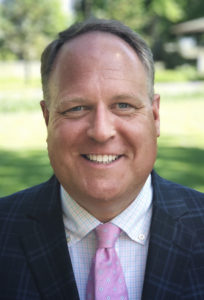 Bluestone Country Club and its sister property, The Blue Bell Inn, located on Skippack Pike, have become the premier hospitality companies in Blue Bell and the greater Montgomery County area.  Its reputation for cuisine and service has allowed them to grow an outstanding following in the past few years.  Jointly, the properties can host wedding ceremonies and receptions, bar/bat mitzvahs, rehearsal dinners, business meetings, school banquets and charity golf outings.

“Mr. Fair’s dedication to the member experience is widely recognized in the Philadelphia area.  His reputation for creative thinking, member interaction and staff development are exactly what we value in his hiring,” said Scott Dougherty, partner in both Bluestone Country Club and The Blue Bell Inn.

In addition to his duties with Bluestone Country Club, Mr. Fair will continue to be a board member with Valley Forge Tourism and Convention Board and will be entering the Honor Society of the Club Managers Association of America this September.