Phoenixville’s revitalization a lesson to other downtrodden towns 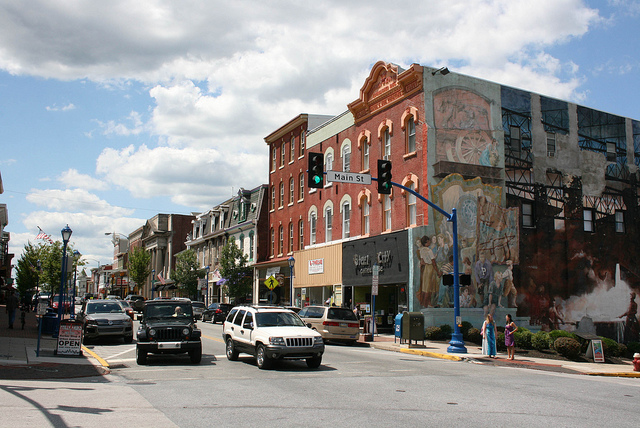 Image of Phoenixville via the Chester County Planning Commission.

Phoenixville’s revitalization is the result of a decades-long campaign to redefine the town and attract new life and reinvestment in the borough, writes Graham Copeland for the Philadelphia Business Journal.

Phoenixville has risen from the ashes and is once again a jewel of Chester County. It has welcomed new apartments, shops, and restaurants, all of which have added to the charming vibe of the historic downtown.

However, the road to success was neither easy nor quick. After Phoenix Iron Works ceased production in 1984, the first organized attempts to revitalize Phoenixville began in 2000 with a call for the construction of new office space. The plan fell through, however, due to the lack of a transportation network.

Borough officials switched gears and started implementing a “live-play” strategy in 2008. The borough was rezoned for the construction of new housing and entertainment destinations, which prompted new developments.

Vacant storefronts were filled with fashionable shops, eateries, pubs, and entertainment venues to help develop Phoenixville as a regional destination.

The plan proved successful, and today, Phoenixville is a shining example of what can be achieved with forward thinking and persistence.

Weekend Wanderer: When Your Muse Quits