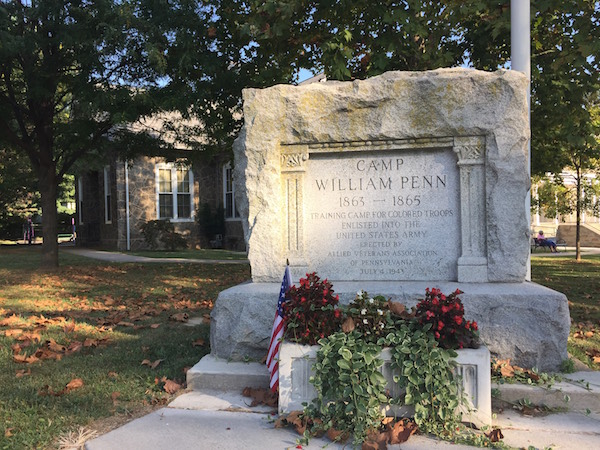 The Cheltenham monument commemorating the site of Camp William Penn. Camp William Penn was a Union Army training camp located in Cheltenham Township from 1863 to 1865, notable for being the first training ground dedicated to African American troops who enlisted in the United States Army during the American Civil War.
(Image via WHYY) 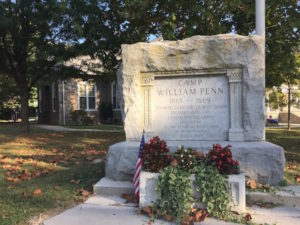