Mark Twain Returns to The Centre Theater in Norristown 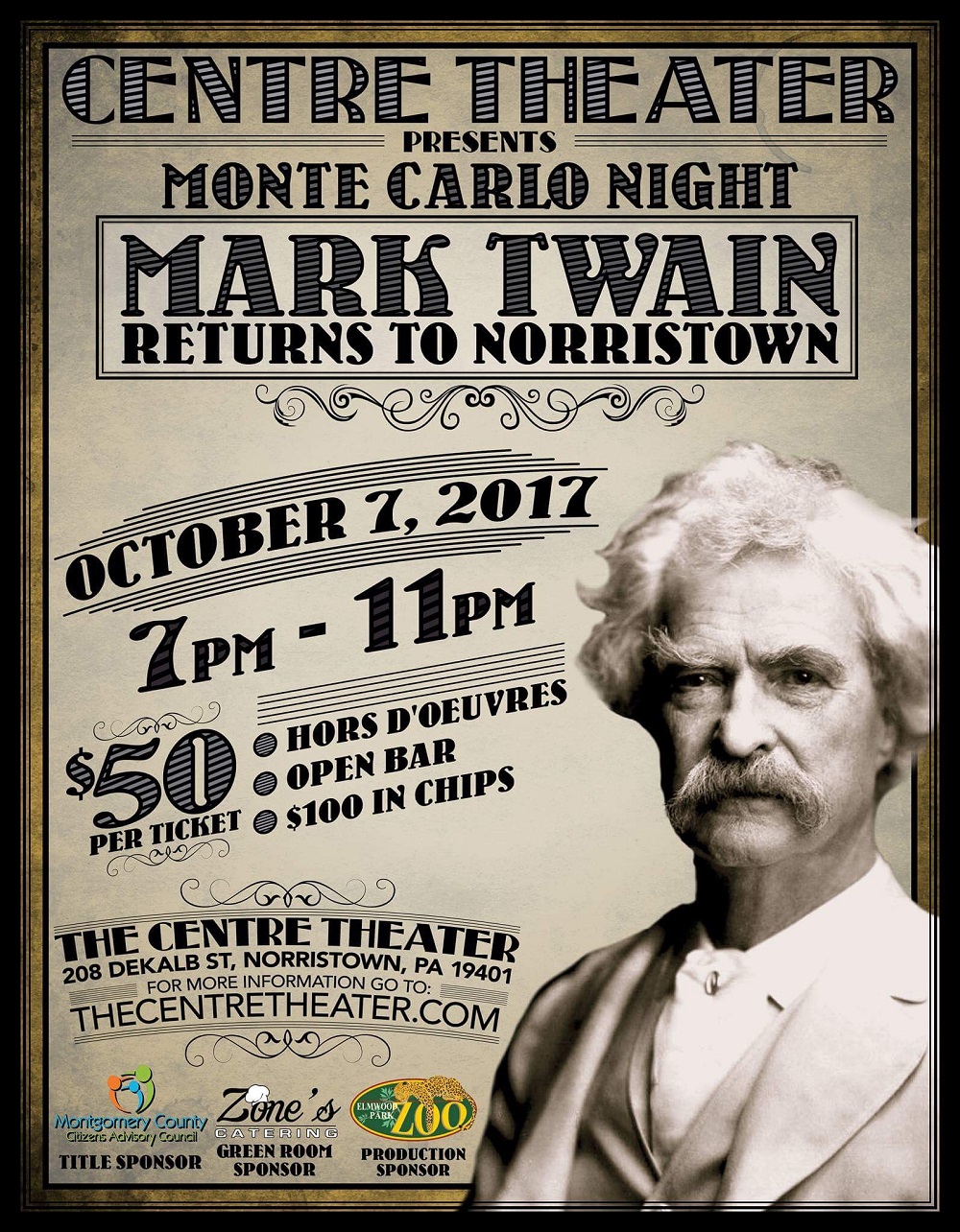 For more information on the event, or on performances scheduled at Centre Theater, go to https://thecentretheater.com (Image via The Centre Theater)

Who knew Norristonians took their humor so seriously? Well, that at least holds true for the 1871 residents of the then-borough. Word has it Mark Twain, still a few years shy of publishing “The Adventures of Tom Sawyer” (1876), “bombed” while performing at Centre Theater, according to a story by Cheryl Kehoe Rodgers published in The Times Herald.

Matt Durkin, a comic who has performed at the theater as part of his Starving Artists Prevention group, is the driving force behind the fundraiser — and he’s determined to make Centre Theater a show-stopper once again, the story continued.

“We want to go up to 125 seats, but they’re all going to be bolted down and true theater seating,” Durkin said, who added that currently the theater has about 90 (banquet) chairs to accommodate theater-goers.

Today’s humor lovers will have a chance to decide, first-hand, if Twain’s act in 1871 really was boo-worthy — because Samuel Clemens is making a return appearance on Oct. 7. Twain headlines Center Theater’s Monte Carlo Night — a night to shine the spotlight on the venerable theater — as well as raise money for much-hoped for improvements, Rodgers wrote.

For more information on the event, or on performances scheduled at Centre Theater, go to https://thecentretheater.com.