Home Archive From Conshohocken Southbound, Schuylkill Expressway Listed as One of Top 10 Most Congested Roads Nationwide

From Conshohocken Southbound, Schuylkill Expressway Listed as One of Top 10 Most Congested Roads Nationwide 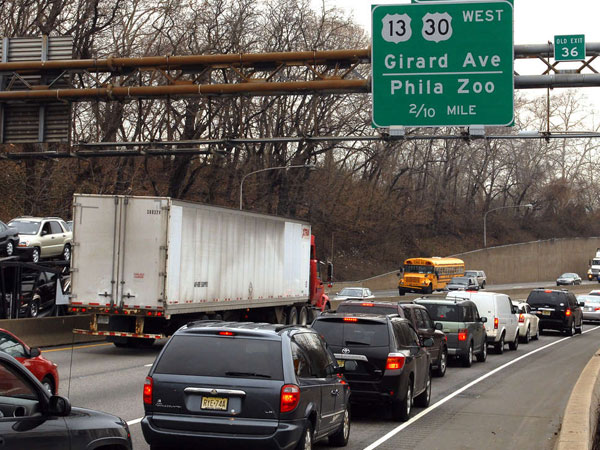 The Global Traffic Scorecard published by INRIX, has found that the Schuylkill Expressway. also known as I-76, Southbound from Exit 332 in West Conshohocken to Exit 343 at Spring Garden Street, is one of the top ten most congested roads nationwide.

The study is the largest of its kind to date, and analyzed the impact of traffic congestion in 1,064 cities in 38 countries including 240 locations in the U.S. According to its findings, the U.S. is the most congested developed country worldwide, with drivers spending an average of 42 hours stuck in traffic every year.

The report also calculated the direct and indirect cost of congestion across the country. The results showed that the average cost per driver was around $1,400 per year totaling nearly $300 billion last year alone.

According to INRIX, drivers spend an average 58 hours delayed on the I-76 each year, mostly in the afternoon.