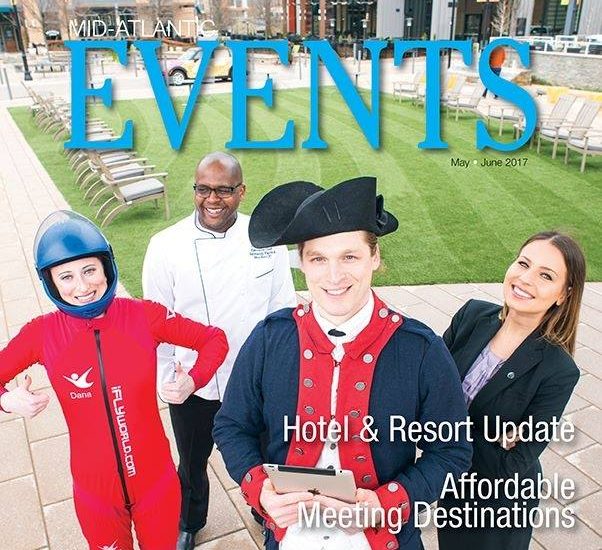 Mid-Atlantic Events Magazine reached the three-decade plateau on September 30, 2017, and Jim Cohn, Publisher and Owner, believe he has created a niche.

The magazine started in a pre-fax, pre-internet, pre-mobile, pre-online and pre-social media world and has added to its way of communicating, keeping the magazine as visible as possible while still producing a regional magazine, circulating up and down the East Coast, reaching Rhode Island, Connecticut, New York, New Jersey, Pennsylvania, Delaware, Maryland, Washington DC, Virginia and West Virginia.

With the advancing digital world, Mid-Atlantic Events Magazine stands strong in the hospitality industry as its readers still prefer the print media due to it being easier to refer to and the leisure of reading it wherever and whenever they chose, the press release continued.

The magazine also co-coordinates co-sponsors and partners on close to 50 events annually with regional and national tourism and convention destinations along with the hospitality industry.

“As the magazine progresses, building relationships is the number one aspect that we will always keep consistent.” Cohn said. “When asked about ROI on the Magazine we state in the hospitality world the ‘I’ is really an ‘R’ and it is known as Return On Relationships. We get very involved with our readers. We view ourselves as the glue between them, and glue sticks and creates that relationship bond.”

Some events Mid-Atlantic Events Magazine has become a part of include, HSMAI Summer Outing and Dine Around, Destination Delco’s Taste and Tour of the Countryside, Chester County Culinary Challenge, Visit Bucks County Showcase, along with co-hosting many resort presentations regionally as well as Familiarization trips to those destinations.