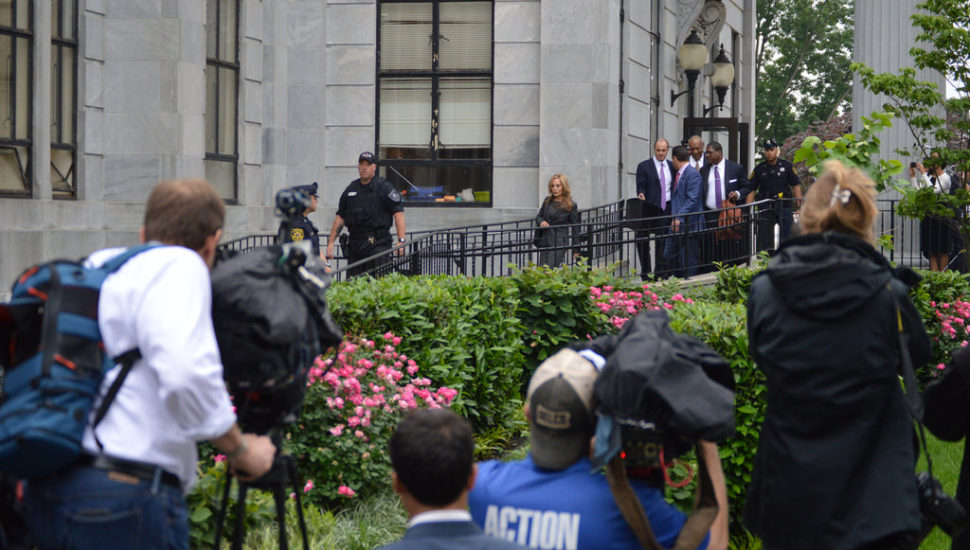 The high-profile sexual assault trial of comedian Bill Cosby at the Montgomery County Courthouse has drawn reporters and observers to Norristown.

Norristown has been pushed into the spotlight by reporters clamoring to cover one of the most high-profile celebrity trials seen in decades, writes Sydney Ember for The New York Times.

But while the crowd of reporters waiting in front of the Montgomery County Courthouse is creating a sense of excitement, the atmosphere is more subdued than in previous celebrity cases. This is mainly due to the the volume of competing daily news which has led most major news companies to forgo continuous coverage of this event.

Seeing an opening, local television stations have been taking full advantage with live shots from the courthouse steps, and updates on the case throughout the day. Local news organizations have also been given a designated seating area for their reporters in the main courtroom.

“As a local reporter, obviously this is major news because it’s in our county,” said Vincent Thompson, an anchor for Philadelphia’s WURD. “Norristown is not a big town, but this would overwhelm any city.”

Read more about the trial at The New York Times by clicking here.

Wall Street Journal: Local Couple Transitions from Living Off the Land to Traversing It in an RV