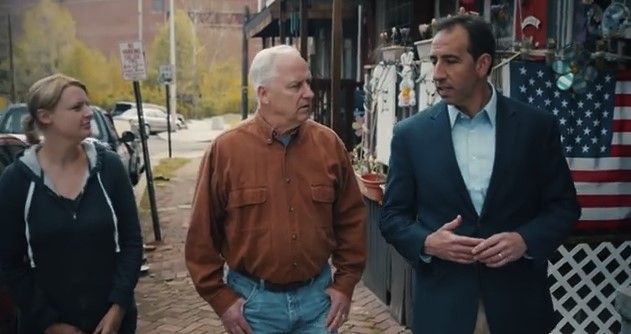 Jeff Bartos, a real estate executive and Republican fund raiser from Lower Merion, has entered the race for the Senate seat currently held by Bob Casey. (Image via jeffbartos.com)

However, Bartos, a Republican committeeman in Montgomery County, has never run for office before. But that has not stopped him from kicking off his campaign by accusing Senator Casey of losing touch with Pennsylvania.

“Bob Casey forgot where he came from,” he said, adding that Casey “has left Pennsylvania behind and he’s become Washington.”

Bartos dubbed himself a conservative businessman who would fight for lower taxes and regulations on businesses. He has spent most of his career in real estate and was a division president with Toll Brothers.

In the release announcing his candidacy, Bartos focused on his Reading roots. He describes himself as a political outsider who travels in elite Pennsylvania political circles helping with fundraising and other key areas.

Bartos is part of the growing GOP primary field that now includes two State Representatives, a Councilman and several others who are all chasing the hotly contested seat

Read more about Bartos at Post-Gazzete by clicking here.