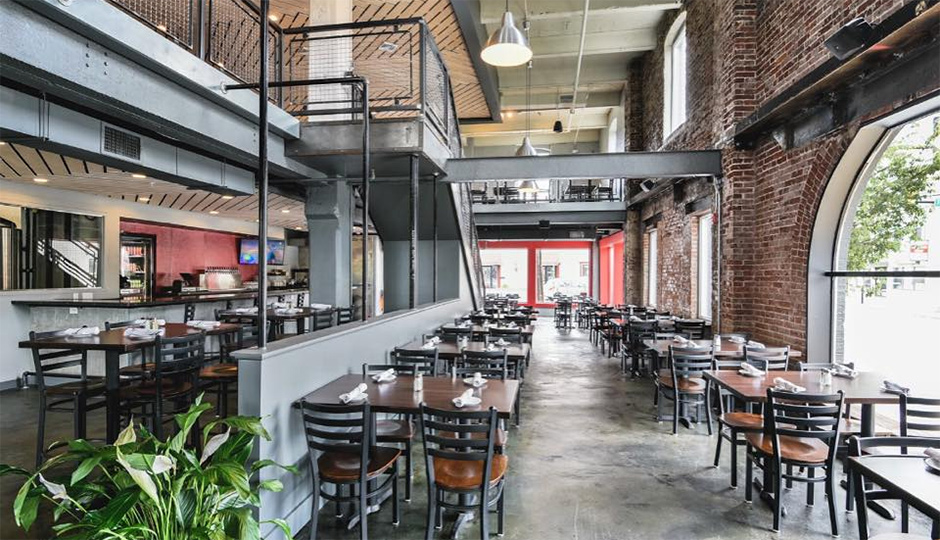 Conshohocken Brewing opened its Bridgeport brewpub in the late summer, and it continues to grow in popularity amongst both locals and travelers. The bi-level space has seating for 180 and offers different beers on its 12-tap system from those on draught at the original Conshohocken Brewery, located just five miles away.

Only two years after its official debut, Conshohocken Brewing felt the expansion was warranted based on popularity.

“This was a chance for us to do a full-service restaurant where you can enjoy our beer with handcrafted food,” said Kevin Love, ‎Head of Operations at the new brewpub. “Everything is fresh here. Our beer is in a lot of our menu items too.”

For example, you’ll be able to enjoy IPA-infused mustard with Bavarian soft pretzels, ESB BBQ sauce on a pork belly burger, or a chocolate cake crafted with Burn Everything Rye Porter.

The brewery brought in chef Justin Henning, from nearby Taphouse 23, to run its culinary program. Henning, is experienced in opening restaurants and developing beer-focused pub fare.

On the new menu, you’ll find all your brewpub favorites, as well as some adventurous and delectable options like fried pickles, truffle fries, pork belly Brussel sprouts, and beer-fried cheese curds.

In addition to its downstairs bar, the new location allows for additional upstairs space that’s perfect for holiday and private parties.

The Bridgeport brewpub itself has a small, three-barrel brewing system with seven fermenters on the premises, where head brewer Andrew Horne will focus on experimentation and producing “crazy beers.”

“If a beer goes over well in the brewpub, we’ll consider taking it over to our big system in Conshohocken, and producing it on a large scale,”  he said.

The new Bridgeport brewpub is located at 3 DeKalb Street.

A Gem in Our Own Back Yard: This Montco Community Offers Year-Round Appeal