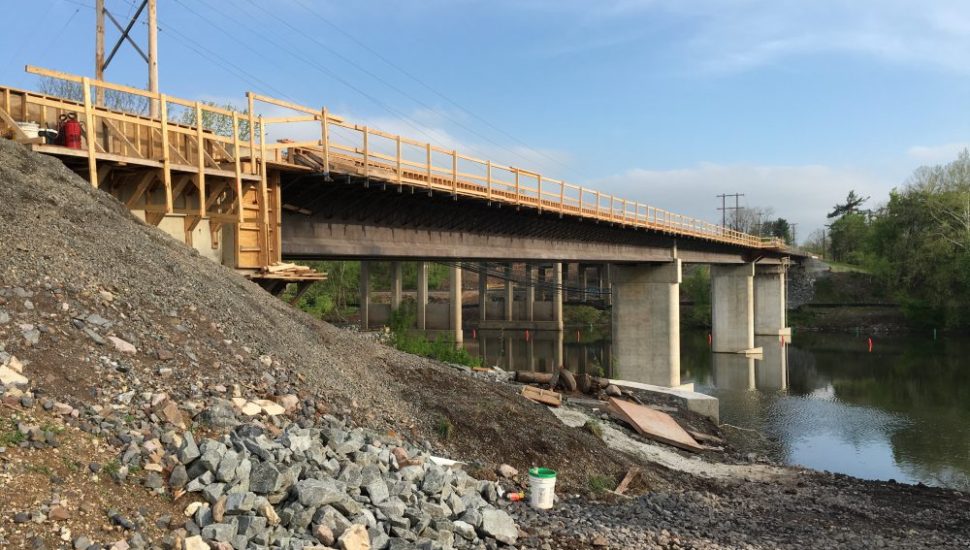 Sullivan's Bridge is expected to open this summer.

Here’s a quick rundown of the news in Montgomery County:

Valley Forge to Get New Bike and Pedestrian Bridge

Excitement is building for a new bike and pedestrian bridge that will connect Valley Forge park and the Schuylkill River Trail. “We are very much looking forward to the end of the 422 catwalk,” said Pat Madden, acting Valley Forge Historical Park superintendent.

That 422 catwalk is a rickety, four-foot-wide wood-plank bridge high above the Schuylkill River that is separated from traffic by just a chain-link fence. The new Sullivan’s Bridge is 14 feet wide and 604 feet long, and is set to open in July. It’s named for Major General John Sullivan, tasked with building a bridge across the Schuylkill during the Continental Army’s winter encampment.

Superdry, MCM, and Altar’d State are three new tenants that have signed to lease space at the King of Prussia Mall. They will occupy space in the new 155,000-square-foot expansion that is scheduled to be completed in August.

Superdry is a clothing company from the United Kingdom that combines American, Japanese, and British styles into one. MCM is a German leather goods brand of bags and accessories. And Altar’d State is a Christian boutique in which one percent of all sales are donated to charities.

The Wyomissing office of York Township-based Kinsley Construction Inc. has been awarded a $17.5 construction management contract for the 110,000-square-foot Centre Square Commons being built at the intersection of Routes 202 and 73 in Blue Bell.

The new center will be anchored by The Fresh Market, a specialty food market with 185 locations along the East Coast. Other tenants include Starbucks, Hallmark, Verizon Wireless, Pet Valu and Hand and Stone. Chester County-based Bernardon is the architect on the Kinsley project.